Over the past few days, I have seen a post on TV measurement from The Wall Street Journal  make the rounds on numerous media blogs and groups on LinkedIn and thought it would be worth highlighting here.

The basic story is that Nielsen has attempted to measure across different platforms – as Nielsen uniquely can – to see where people really spend their time between various devices – namely Television, Radio, PC’s, and Smartphones.  Low and behold, when one makes a genuine effort to paint an entire picture, not a partial one, then it becomes clear that the TV landscape is not ready to die just yet.  The same narrative could also be made about FM/AM radio when making comparisons to the many streaming competitors – even in the US market where radio usage has been in long-term decline since before the arrival of iPods, iPhones, and numerous new audio services.

Nielsen’s newly released Quarter 1 Total Audience Report is well worth the read.  It’s another example of how Nielsen has to persist by being as objective as it can to all of the different platforms it can measure – as well as be one of the few trying to paint that entire picture, with or without comparable metrics and a full dataset.

It has to be nice to everyone to ensure that both broadcasters and digital players stay with Nielsen and don’t go off and seek another measurement company or another metric that likes them better.

It’s also telling that cross-media measurement still has a long, long way to go to best understand the value of how different media can be measured equitably.  Note that the WSJ article gets a little sidetracked with comparing seconds of video and minutes of TV – a notable point, but the report has so much more to say.

At some point – the optimist in me says 3 years, but it could be as many as 5-10 – this understanding of old and new media will be a thing of the past and reports like this will update the trends on what is up and what is down.  In the meantime, we’re still stuck in this offline, online world.

Below is a quick summary of the top media stories from the past seven days, as well as new insights on media usage. 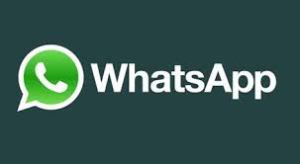 At this rate, no one will regard 2014 as a quiet year for media.

This week,  Facebook announced its acquisition of WhatsApp for a mere $19 billion.  Here’s one explanation as to why Facebook pulled off this surprise and here’s HBR’s perspective, which I think hits the nail on the head when it points out that unless you [Facebook] create an alternative, someone else will do it for you.  The waves created by this acquisition appeared to take some of the media spotlight away from the competitive concerns about Comcast’s plan to purchase Time Warner Cable, which are further magnifying the concerns about a US broadband crisis, something I can testify to myself after this past week on the home-front.

The Sochi Winter Olympics  are reaching their grand finale this weekend, which might be just as well for US audiences as ratings and interest starts to decline.  So far, interest has remained lower than the 2010 Vancouver Winter Olympics.  However, Jimmy Fallon made a strong start as the new host of the iconic Tonight Show.  Mike Bloxham opines that he expects to see the new host perform well at bridging the generation gaps.

If you haven’t seen it already, eMarketer has put out it’s 2014 Key Digital Trends report and PewInternet has identified six types of Twitter conversation with a report to explain it all.  Speaking of Twitter… the most eye-catching stat of the week: half of all tweets about Television are about Sports, yet in the US, Sports makes only 1.2% of all TV programming.

Another top newspaper – the Boston Globe – is moving to a metered pay-wall, which will make their digital traffic, not to mention their future revenues, from this point forward very telling.

Did I miss any other major stories this week?  I’m sure I did.  If you think so, please do add them in the comments section below.

People change the media device they are using on average 21 times per hour when they are at home.

This is a remarkable finding, though it becomes more believable the more you think about your own habits.  It also begs the question as to whether this number will go higher still as we become more savvy with screens and handling multiple sources of content and information.

This research finding was announced last week to relatively little fanfare.  It is part of a UK-based study that is looking into the future of British consumerism.  As MediaWeek explains, this was a qualitative study of 200 people, which asked people to report which devices they used during one hour of an evening.  The respondents used their mobile phones to record what devices they were using.

I am intrigued to learn more about this study, but haven’t found much online so far.  Taking these findings at face-value (and I have no reason not to), it’s worth taking a moment to think through what this means for the media industry.

Seth Godin is right.  We are our own media companies now.  Even bloggers, such as me, have to say something unique, striking, thought-provoking to capture your valuable reading time.  If you have made it this far in this blog post, then, first, thank you, but also, secondly, recognize that you’ve likely read this in just under 3 minutes, which is about the average time before a person switches their device yet again.